“A thoughtful, creative and passionate storyteller, with 360 degrees skills — including writing, filming and editing — and significant experience in video journalism with a clear understanding of the digital video universe.” CNN

I’m a multi-platform journalist based in London.

I am a former Subeditor / News Designer with the Irish Farmers Journal Group (including The Irish Field).

In July 2017 I was invited to join Getty Images creative talent community.

I am a full member of the National Order of Journalists (ODG – Italy’s professional register of journalists). 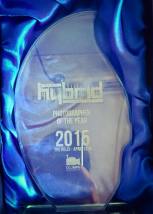 In May 2015 I won “Photographer of the Year” at the Hybrid Media Awards. The category was judged by Getty Images and The Irish Times photographer Kieran Frost.

In June 2017 I was awarded Michelis’s scattapostavinci Food Photography Prize.

Former Head of DCU’s School of Communications Paul McNamara has said of me: “I would place Gianluca in the top two per cent of graduates on a programme that has been running for 25 years and produced in excess of 750 graduates.”

More information about me is available on LinkedIn.

This site uses Akismet to reduce spam. Learn how your comment data is processed.